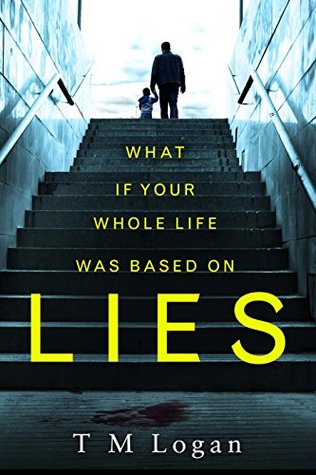 WHAT IF YOUR WHOLE LIFE WAS BASED ON LIES?
When Joe Lynch stumbles across his wife driving into a hotel car park while she’s supposed to be at work, he’s intrigued enough to follow her in.

And when he witnesses her in an angry altercation with family friend Ben, he knows he ought to intervene.

But just as the confrontation between the two men turns violent, and Ben is knocked unconscious, Joe’s young son has an asthma attack – and Joe must flee in order to help him.

When he returns, desperate to make sure Ben is OK, Joe is horrified to find that Ben has disappeared.

And that’s when Joe receives the first message . . .

“Cats don’t need anyone, they can do fine on their own. They live in the moment and trust their eyes and ears, what they can see in front of them – I think we can all learn something from that.”

I’ve read a few seriously lackluster psychological thrillers lately that had me wondering if many this genre as a whole was just no longer doing it for me. Lies was a pleasant surprise that reinvigorated my affection for these kinds of books. Lies is fast-paced and filled with tension from start to finish, with twists and turns to keep you turning the pages.

The main drawback for this novel is that it is sometimes repetitive in that condescending way that seems to imply the author doesn’t feel the reader is capable of keeping up. For example, at one point, the protagonist listens to a voicemail from someone, and then recaps for the reader who that person is and how he first made contact with them. All of this had already been included in the narrative, and not terribly far back.

These sections, however, are brief and few and far between. For the majority of the novel, it doesn’t feel like Logan has given the readers too much or too little information. The author leaves just enough breadcrumbs for the mystery to be a fun puzzle. Combined with the fast pace and the high stakes for the protagonist, it’s immensely easy to get emotionally invested in the story.

Joe Lynch is in serious danger of going down for a murder he did not commit, a murder he’s not convinced has even happened at all. As the evidence piles up against him and seemingly everything that can go wrong does go wrong, he comes to the soul-sucking realization that he cannot trust anyone. If anyone is going to clear his own name, it’s him. This is a high-tension Gone Girl scenario, except the reader doesn’t have the benefit of knowing the fate of the missing person; we are kept in the dark with the protagonist.

Technology was heavily involved in the plot of Lies in a way that felt very natural and fun. From spyware on cell phones to forensic analysis of Facebook posts, the novel feels very modern. I’ve found that a lot of books either ignore ubiquitous technology such as social media, or force it in awkwardly. Joe uses Google like it’s his job and Facebook stalks people for clues.

Twisty and dark, this is a perfect October read to get you into the Halloween spirit. One you get into it, you won’t be able to put it down. 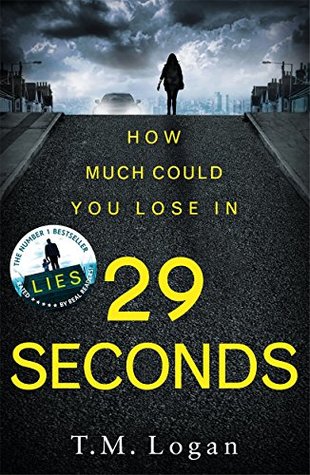 Give me one name. One person. And I will make them disappear . . .

When Sarah rescues a young girl in trouble, she expects nothing in return. But her act of bravery puts a powerful and dangerous man in her debt. He lives by his own brutal code, and all debts must be repaid – in the only way he knows how.

He offers Sarah a way to solve a desperate situation with her intolerable boss. A once-in-a-lifetime deal that will make all her problems disappear.

No consequences. No comeback. No chance of being found out.

All it takes is a 29 second phone call.

Because everyone has a name to give. Don’t they?

Thank you for reading! What’s the best psychological thriller you’ve read lately? Have you read Lies? Share your thoughts in the comments!