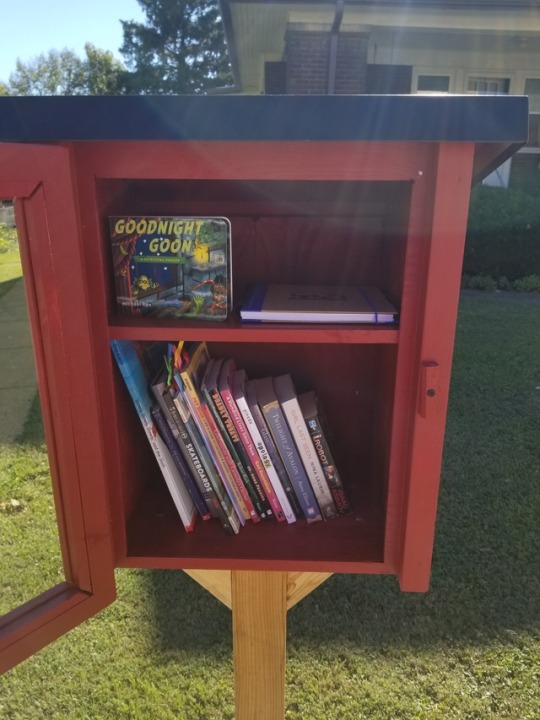 October was a pretty good month for me. I finally got my Little Free Library installed and it’s been a huge hit with kids in the neighborhood. I’ve been trying to keep it stocked with lots of children’s books and I’ve even had some friends who were kind enough to send donations. This ended up going up just a few days after the Little Free Library founder, Tod Bol passed away. I was sad to hear of his passing but honored to be a part of something beautiful that he started. I love Little Free Library’s mission and it’s been so lovely to see kids getting excited about reading.

I also attended a Barnes and Noble book club night for the first time. There were a grand total of three attendees at the location I picked, but it was a pretty good discussion even so. It was definitely a big change of pace from my normal book club, which normally has around 20 girls attending. And I won a signed copy of the book club’s selection, An Absolutely Remarkable Thing, by Hank Green! 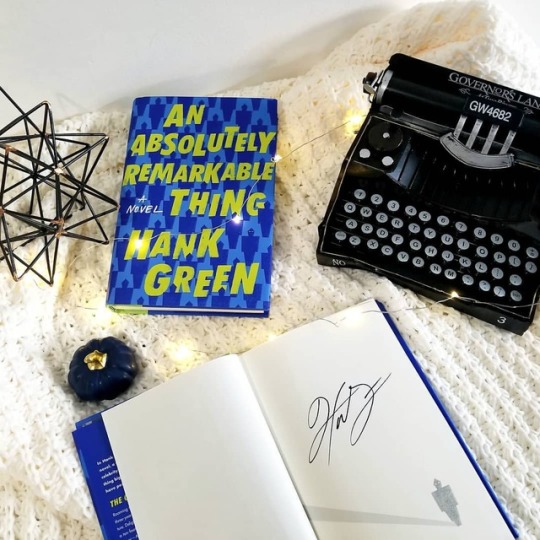 Now on to the recap of October’s reviews! All hyperlinks in book titles will lead to my reviews.

Books I reviewed in October…

The standout books for this month were Not That Bad for nonfiction and Muse of Nightmares for fiction.

Not That Bad is a collection of essays about rape culture, and Roxane Gay took great care to select people from a wide variety of backgrounds. This is the epitome of intersectional feminism.

Muse of Nightmares is the sequel to Strange the Dreamer and I’ve been dying to read it since the moment I finished the first book. Laini Taylor’s writing is absolutely gorgeous and I loved how this book explored a characters other than Lazlo and Sarai more deeply than the first installment did.

And now on to November…

I don’t actually have a ton planned ahead of time this month, but there are a few ARCs I’d like to finish in November.

The Gilded Wolves, by Roshani Chokshi (young adult fantasy)
The Only Woman in the Room, by Marie Benedict (historical fiction)
Before We Were Strangers, by Brenda Novak (mystery/thriller novel )
The Girls at 17 Swann Street, by Yara Zgheib (fiction, CW for anorexia)

But right now my #1 priority is my most anticipated 2019 release: Daisy Jones and the Six, by Taylor Jenkins Reid! I’d pretty much given up hope on getting an ARC of this one, but BookSparks and NetGalley came through for me and I’m so excited to read it! 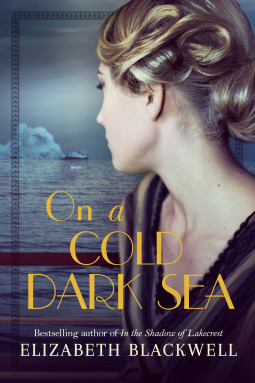 And as always, I have this month’s Girly Book Club selection, On a Cold Dark Sea, by Elizabeth Blackwell. Here’s the blurb:

“On April 15, 1912, three women climbed into Lifeboat 21 and watched in horror as the Titanic sank into the icy depths. They were strangers then…

Con artist Charlotte Digby lied her way through London and onto the Titanic. The disaster could be her chance at a new life—if she hides the truth about her past. Esme Harper, a wealthy American, mourns the end of a passionate affair and fears that everything beautiful is slipping from her grasp. And Anna Halversson, a Swedish farm girl in search of a fresh start in America, is tormented by the screams that ring out from the water. Is one of them calling her name?

Twenty years later, a sudden death brings the three women back together, forcing them to face the impossible choices they made, the inconceivable loss, and the secrets they have kept for far too long.”

Lastly, a few links to some great content I saw around the web this month!

Author Shannon Hale’s Tumblr post on gendered assumptions when it comes to how we treat children’s literature.

The Radical Notion of Afro-futurism and Blackness in Sci-Fi, by jasmineshea1992.

That’s it for today. Thanks for reading! What was your favorite book that you read in October? Are there any new releases you’re looking forward to reading in November? Share in the comments!