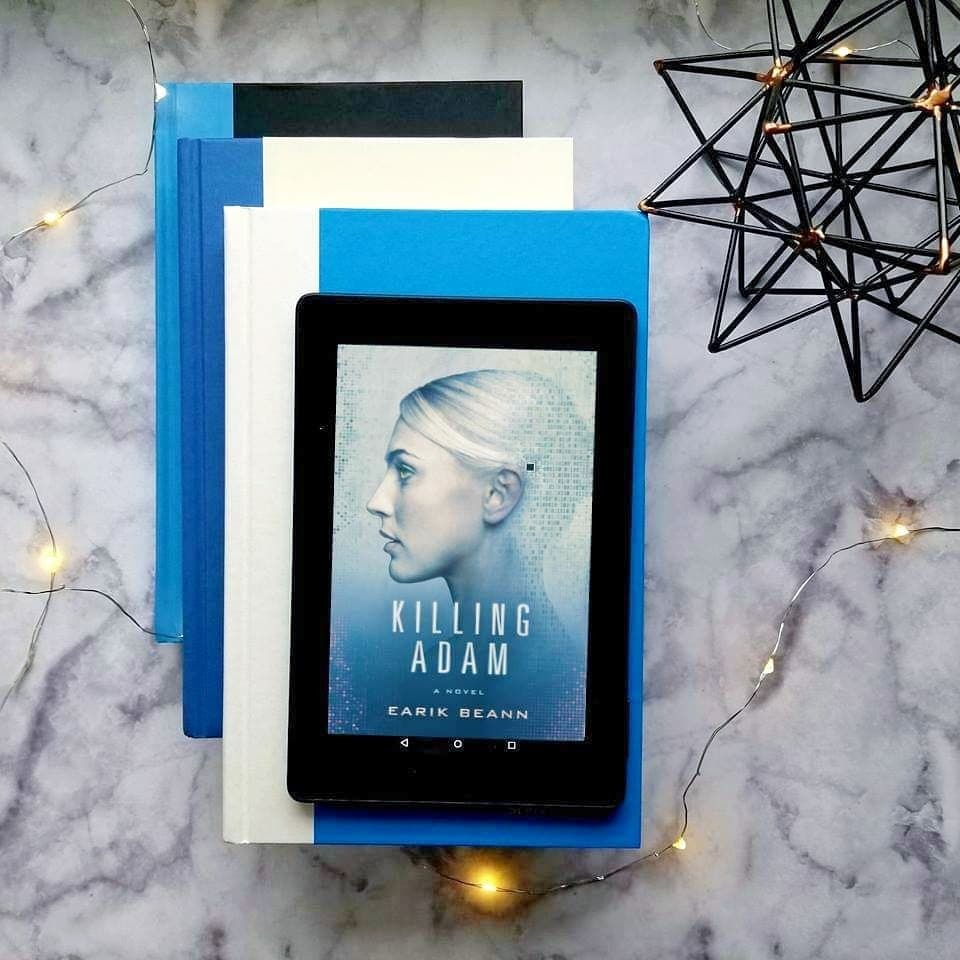 The world runs on ARCs. Altered Reality Chips. Small implants behind the left ear that allow people to experience anything they could ever imagine. The network controls everything, from traffic, to food production, to law enforcement. Some proclaim it a Golden Age of humanity. Others have begun to see the cracks. Few realize that behind it all, living within every brain and able to control all aspects of society, there exists a being with an agenda all his own: the singularity called Adam, who believes he is God.

Jimmy Mahoney’s brain can’t accept an ARC. Not since his football injury from the days when the league was still offline. “ARC-incompatible” is what the doctors told him. Worse than being blind and deaf, he is a man struggling to cling to what’s left of a society that he is no longer a part of. His wife spends twenty-three hours a day online, only coming off when her chip forcibly disconnects her so she can eat. Others are worse. Many have died, unwilling or unable to log off to take care of even their most basic needs.

After being unwittingly recruited by a rogue singularity to play a role in a war that he doesn’t understand, Jimmy learns the truth about Adam and is thrown into a life-and-death struggle against the most powerful mathematical mind the world has ever known. But what can one man do against a being that exists everywhere and holds limitless power? How can one man, unable to even get online, find a way to save his wife, and the entire human race, from destruction?

My thanks to NetGalley and Profoundly One Publishing for sending me an ARC of this book in exchange for an honest review. All opinions are my own and are not influenced by the publisher.

I think the premise behind Killing Adam held a ton of promise, and I was super intrigued when I read the blurb. A science fiction world where virtual reality has taken over day-to-day life has been done a thousand times, but this was the first book I’ve read of that nature that focused on the people left behind in such a scenario. In this novel, “ARC-incompatibles,” people whose brains are incompatible with the new technology, watch their loved ones slowly slip away from them as they become addicted to this new technology and spend less and less time in the real world.

While this offers a fresh perspective, I do think it makes for some missed opportunities. Jimmy’s isolation from the experiences of most of his society makes it difficult for the reader to grasp what exactly is so captivating about the virtual reality accessed by these chips. Over-reliance on technology is certainly not a foreign concept to us even in the real world, but Jimmy exists in a world where laws needed to be passed so that chips were manufactured to forcibly log people off so that they would feed themselves in the real world. People were starving to death because they couldn’t tear themselves away from this technology.

On a related note, Jimmy’s wife is one of those tech-addicted people. She logs off for 15 minutes at at time, when the chip forces her offline, and no more. She is barely a presence in the story because of this, and while Jimmy feels her absence keenly, the reader does not. Her practically catatonic state throughout the book feels a bit like “fridging,” in the sense that she seems to exist solely to give Jimmy a reason to be resentful towards the technology and provide more emotional thrust when the action gets going. (Listen, I’m not great with names, but I’m literally writing this review the morning after finishing the book and I’m completely drawing a blank on the wife’s name.)

There’s also a really uncomfortable rape joke made early on in the book by Jimmy’s best friend, Cecil, (calling it a joke may be generous, as it was said in a jovial manner but seemed to be serious) and while Jimmy does call it out, it’s done in a laughing, “Oh, you scamp!” kind of manner. Basically, there are just a few things about the story that make it painfully obvious it was written by a man. (This isn’t a dig against male authors in general, by any means, but there are just some plots that you read and know that no woman had any input.)

All that being said, there were some things I really liked about this book. Like I said, Jimmy being cut off from the technology most of the world uses made for a fresh take on a virtual reality concept that’s been done to death. There are some interesting musings about the nature of artificial intelligence, and the story is fast-paced and action-packed. This isn’t a story that I feel will stay with me, but it was a fun, worthwhile read.

You can purchase a copy of Killing Adam through Amazon or find a local seller through IndieBound.

Thank you for reading! If you’ve read Killing Adam, please share your thoughts in the comments!
Do you have any favorite stories where virtual reality has taken over people’s lives? Let’s discuss!