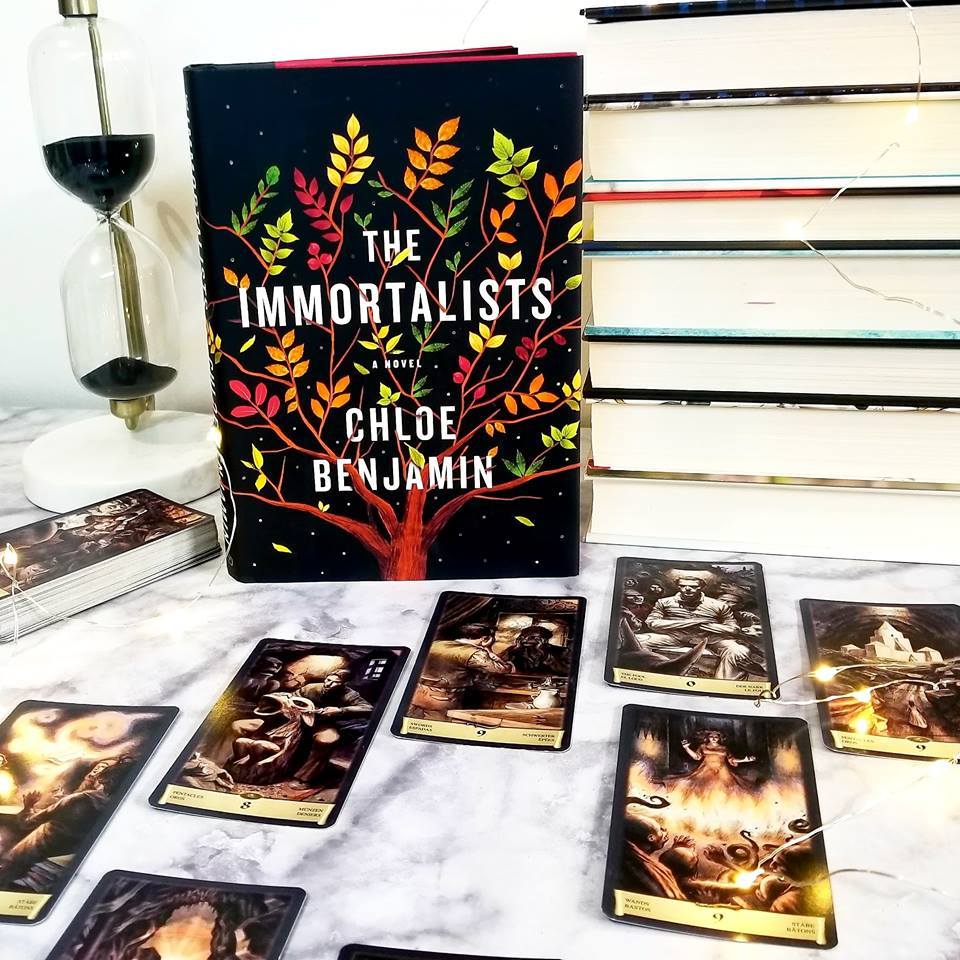 The Immortalists
by Chloe Benjamin

If you knew the date of your death, how would you live your life?

It’s 1969 in New York City’s Lower East Side, and word has spread of the arrival of a mystical woman, a traveling psychic who claims to be able to tell anyone the day they will die. The Gold children—four adolescents on the cusp of self-awareness—sneak out to hear their fortunes.

The prophecies inform their next five decades. Golden-boy Simon escapes to the West Coast, searching for love in ’80s San Francisco; dreamy Klara becomes a Las Vegas magician, obsessed with blurring reality and fantasy; eldest son Daniel seeks security as an army doctor post-9/11; and bookish Varya throws herself into longevity research, where she tests the boundary between science and immortality.

A sweeping novel of remarkable ambition and depth, The Immortalists probes the line between destiny and choice, reality and illusion, this world and the next. It is a deeply moving testament to the power of story, the nature of belief, and the unrelenting pull of familial bonds.

“Most adults claim not to believe in magic, but Klara knows better. Why else would anyone play at permanence–fall in love, have children, buy a house–in the face of all evidence there’s no such thing?”

The Immortalists was not at all what I expected, but I was not disappointed. Some reviewers on Goodreads have labeled this “fantasy,” which it is decidedly not. Even “magical realism” may be overstating it. Any hint of magic in this story is understated to the point where it may not even really be there. The Gold siblings visit a psychic when they are children who claims to be able to tell them when they will die. They leave her home with her predictions and live out their lives with that unsettling knowledge sitting like stones in their stomachs. The resulting story is introspective and raw.

The idea of living out a life with a clock hanging over your head isn’t new, but Chloe Benjamin explores it in a really interesting way by allowing us to follow four siblings with very different predictions. Death is a distant concept for children. The emotional fallout of knowing one’s expiration date, so to speak, will be very different for someone with a long life span as opposed to a child being told he’s already almost halfway done. I thought Benjamin did an excellent job of exploring the anxieties and impulsive behaviors that could come out of this scenario.

The novel also plays with the concepts of fate and free will throughout the story. Does the psychic have actual power or has she created self-fulfilling prophesies? Can being told that you’ll die young cause you to live a reckless, impulsive life in the hopes of getting in 50 years worth of living in only 20? Can being told you’ll reach a ripe old age cause you to live an obsessively healthful life in order to ensure that those many years aren’t filled with pain and sickness? The novel never really answers the question of whether or not the psychic prediction is real, but it doesn’t need to.  This is less a novel about magic and the supernatural than it is about life, fate, and human psychology.

The writing is lovely, the characters are well developed and real, and their Jewish culture is integral to the story for all of them in different ways. You will finish this novel feeling like you truly know the Gold siblings.

A couple of content warnings for this one: there are some graphic sex scenes early in the book. These are isolated to the first section, so if it’s not your thing, rest assured that the whole book will not be that way. There are also some brief sections late in the novel involving harm to animals.

Thank you for reading! Would you visit the psychic in The Immortalists? If so, how do you think it would change how you live your life? Let’s discuss in the comments!

8 thoughts on “Review – The Immortalists, by Chloe Benjamin”