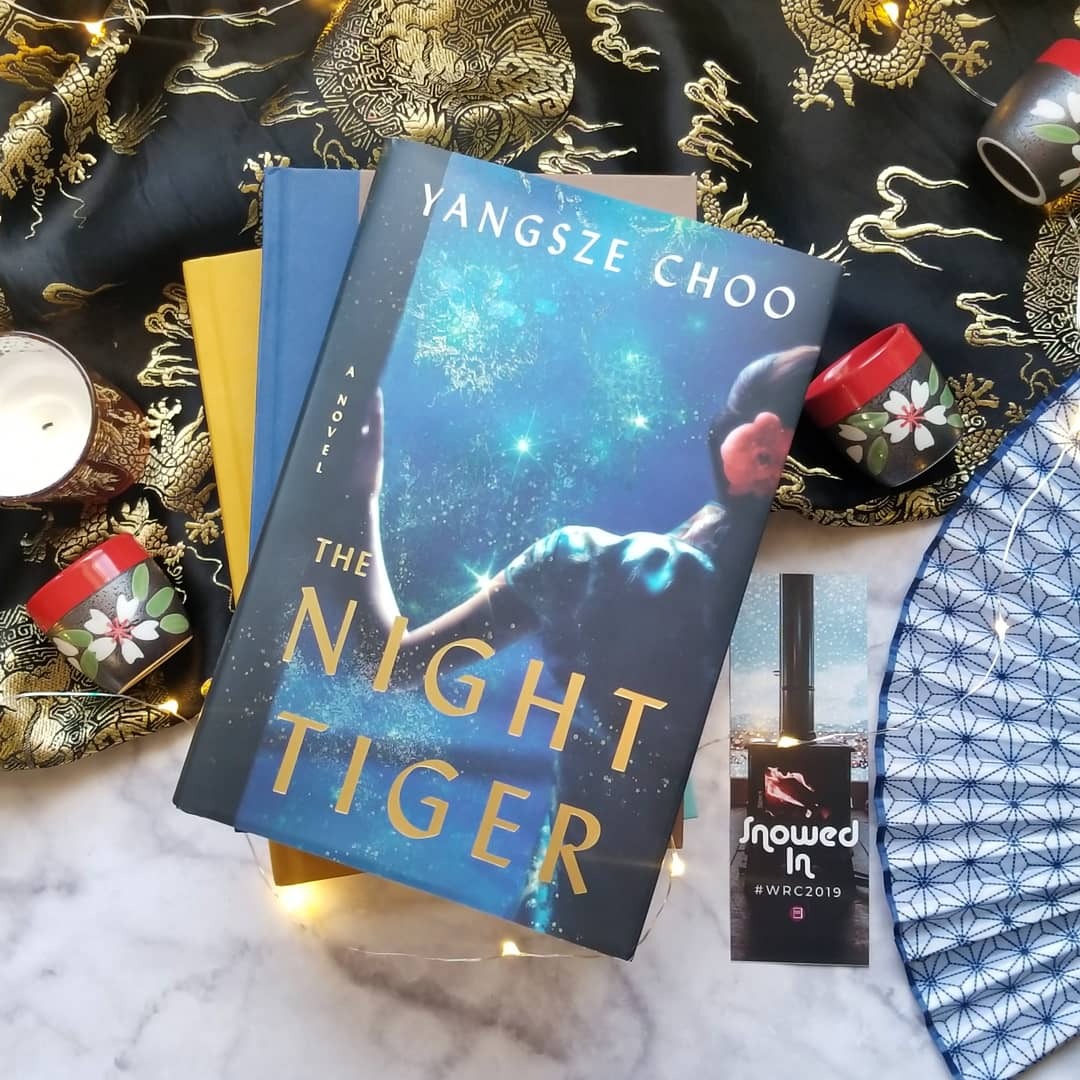 The Night Tiger
by Yangsze Choo

A sweeping historical novel about a dancehall girl and an orphan boy whose fates entangle over an old Chinese superstition about men who turn into tigers.

When 11-year-old Ren’s master dies, he makes one last request of his Chinese houseboy: that Ren find his severed finger, lost years ago in an accident, and reunite it with his body. Ren has 49 days, or else his master’s soul will roam the earth, unable to rest in peace.

Ji Lin always wanted to be a doctor, but as a girl in 1930s Malaysia, apprentice dressmaker is a more suitable occupation. Secretly, though, Ji Lin also moonlights as a dancehall girl to help pay off her beloved mother’s Mahjong debts. One night, Ji Lin’s dance partner leaves her with a gruesome souvenir: a severed finger. Convinced the finger is bad luck, Ji Lin enlists the help of her erstwhile stepbrother to return it to its rightful owner.

As the 49 days tick down, and a prowling tiger wreaks havoc on the town, Ji Lin and Ren’s lives intertwine in ways they could never have imagined. Propulsive and lushly written, The Night Tiger explores colonialism and independence, ancient superstition and modern ambition, sibling rivalry and first love. Braided through with Chinese folklore and a tantalizing mystery, this novel is a page-turner of the highest order.

My thanks to BookSparks for sending me a free copy of this book for my role as an official Winter Reading Challenge Ambassador. All opinions are my own.

“We were a chocolate-box family, I thought. Brightly wrapped on the outside and oozing sticky darkness within.”

The Night Tiger is such a rich and magical story, full of bits of Chinese culture and thoroughly developed, interesting characters. The story alternates between 11-year-old houseboy Ren’s perspectives and that of a young woman named Ji Lin. Their stories are woven together, oddly enough, by the severed and preserved finger of Ren’s deceased master, which has inadvertently fallen into Ji Lin’s possession before Ren could reunite it with the rest of the body in its grave. Chinese folklore says that the body must be made whole in death or the departed cannot rest.

Ren’s story is dominated by a desperate need to locate the finger, while Ji Lin is enmeshed in a family drama propelled by a violent stepfather, a secretive mother, and a forbidden romance. (A side note and minor spoiler here: the romance aspect of this book was by far my least favorite; Ji Lin is in love with her step brother, and they’ve lived together since they were small children. No, they are not blood relatives, but they grew up together as family and I had trouble viewing them as anything other than siblings. End of spoilers.)

The magical realism in the novel was really beautifully done, mainly woven into dreams, vague senses, and whispered-about folklore which may or may not be true. There are rumors of men who can turn into tigers, though we never see one, and a sense that those who have departed can still tip the scales in events of the living world in small ways. The end result is a magical, dreamy story that still feels anchored in the real world.

If I have any complaint about this book it’s that it did take me a while to become invested in the story and characters. The pacing early on feels a bit slow compared to the whirlwind of events at the end of the story. However, the overall story felt well worth the time investment by the end. The Night Tiger may be a great choice for fans of The Dreamers, by Karen Thompson Walker, or The Night Circus, by Erin Morgenstern.

Thank you for reading! Do you have a favorite novel that features magical realism? Let me know in the comments!

3 thoughts on “The Night Tiger, by Yangsze Choo (Review)”