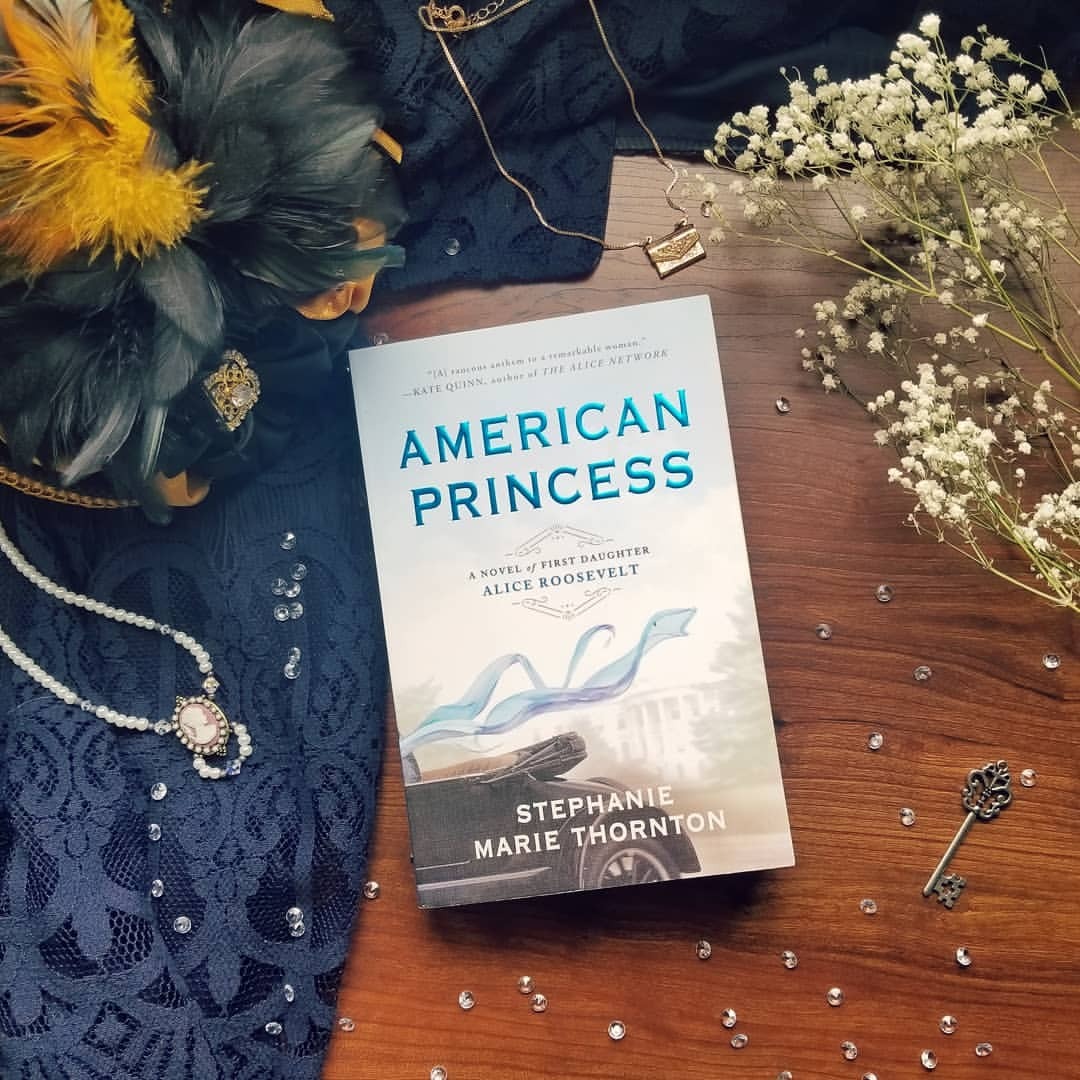 Alice may be the president’s daughter, but she’s nobody’s darling. As bold as her signature color Alice Blue, the gum-chewing, cigarette-smoking, poker-playing First Daughter discovers that the only way for a woman to stand out in Washington is to make waves–oceans of them. With the canny sophistication of the savviest politician on the Hill, Alice uses her celebrity to her advantage, testing the limits of her power and the seductive thrill of political entanglements.

But Washington, DC is rife with heartaches and betrayals, and when Alice falls hard for a smooth-talking congressman it will take everything this rebel has to emerge triumphant and claim her place as an American icon. As Alice soldiers through the devastation of two world wars and brazens out a cutting feud with her famous Roosevelt cousins, it’s no wonder everyone in the capital refers to her as the Other Washington Monument–and Alice intends to outlast them all.

My thanks to Berkley Books for sending me a free copy of this book in exchange for an honest review. All opinions are my own and are not influenced by the publisher.

What better time to read this novel than now, during Women’s History Month? I’m a big historical fiction enthusiast, and I was so excited when I saw there was a novel about Alice Roosevelt, daughter of Theodore Roosevelt coming out. Teddy Roosevelt once infamously said “I can do one of two things. I can be President of the United States or I can control Alice Roosevelt. I cannot possibly do both.”

Alice was Theodore’s eldest child and his only child from his first wife, who died shortly after Alice’s birth. Grief-stricken, he sent Alice, whose face reminded him too much of her mother’s, away to live with an aunt for a few years. American Princess follows Alice from this tough beginning to the end of her long life. Thornton explains in the author’s note that she has tried to draw from sources such as Alice’s journal entries as much as possible, and I think she has done remarkable job of bringing Alice to life on the page.

Alice was a magnet for scandal but an absolute delight to read about. She bristled at the constraints placed on her due to her status in society as well as her gender, and felt no qualms about scandalizing high society ladies by whipping out a cigarette or cutting her wedding cake with a sword from a nearby military aide. (True story.) But beneath all the swagger there is a vulnerable interior, which Thornton teases out in this novel. While they were close at the time of his death, Alice and her father struggled for years with a stilted, uncomfortable relationship. Thornton explores some of the romances of Alice’s life, but it was watching her come to terms with the alienation from her father at a young age and develop and loving relationship with him that was truly the highlight of the novel.

When writing about a real figure’s life, it can be a struggle to make the story fit a nice narrative flow, but I felt that Thornton managed it very well here. American Princess is a must-read for avid fans of historical fiction featuring interesting and strong female characters!

Thank you for reading! What real historical figure would you most love to see as a point of view character in a novel? Let me know in the comments!