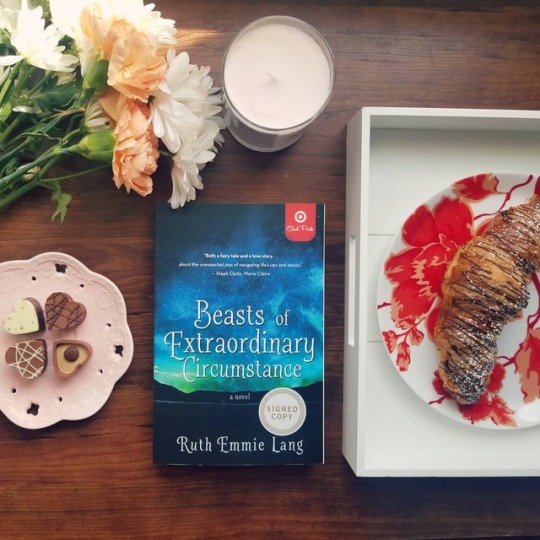 Through the story of Weylyn Grey, an orphaned boy who grew up with wolves, Lang weaves a mystical tale about life, love, and the ability each of us has to change our own story.

Finding magic in the ordinary…

The day that Weylyn is born is the largest snowstorm the South has ever seen. As he grows older, so does the legends of Weylyn Grey, his horned-pig Merlin and their magical abilities. But the true magic is in the way that he transforms the lives of those around him. As anyone who’s met Weylyn will tell you, once he wanders into your life, you’ll wish he’d never leave.

Told from the perspectives of the people who knew him, loved him, and even a few who thought he was just plain weird. Although he doesn’t stay in any of their lives for long, he leaves each of them with a story to tell. Stories about a boy who lives with wolves, great storms that evaporate into thin air, fireflies that make phosphorescent honey, and a house filled with spider webs and the strange man who inhabits it.

There is one story, however, that Weylyn wishes he could change: his own. But first he has to muster enough courage to knock on Mary’s front door.

Ruth Emmie Lang’s Beasts of Extraordinary Circumstance teaches us about adventure and love in a beautifully written story full of nature and wonder.

“Why do you do that?”
“Do what?”
“Take something beautiful and vandalize it with skepticism?”

I’ve been finding myself increasingly drawn towards stories with magical realism lately, and this book was such a welcome treat. I think Beasts of Extraordinary Circumstance can best be described as a fairy tale for grown-ups, and every chapter is just so cozy and magical.

Weylyn Grey, despite being the main character, remains a bit of a mystery throughout the novel. We get only fleeting glimpses into his own point of view, and the majority of the story is told through the eyes of those who encounter Weylyn at different points in his life. His story begins (chronologically, at least) with a little girl who runs away from home to join a wolf pack with Weylyn. Weylyn has been living with the wolves since the sudden deaths of his parents threatened to put him into the foster care system.

Weylyn has magic powers which he can’t fully control and definitely doesn’t fully understand. The magic in this novel is relatively understated for most of the story, and the reader never really gets much in the way of an explanation. Weylyn has magic powers because magic exists in this world, and it’s simply expected that you can suspend your disbelief long enough to go on an adventure with Weylyn.

There is a bit of romance within the novel, but I don’t think I would characterize it as the major focus of the novel, despite its heavy involvement with the plot. Readers who aren’t fans of romance probably won’t find the plot line overbearing, and those who do enjoy it will find that the love story adds to the magic.

Beasts of Extraordinary Circumstance is Lang’s debut novel, and it’s such an incredibly strong start to what hopefully proves to be a long and successful writing career.  Judging by this Goodreads page, she has something else in the works already, but not much information is available yet. Regardless, I’ll be first in line to get a copy!

Thank you for reading! What’s your favorite story that incorporates magical realism? Let me know in the comments!