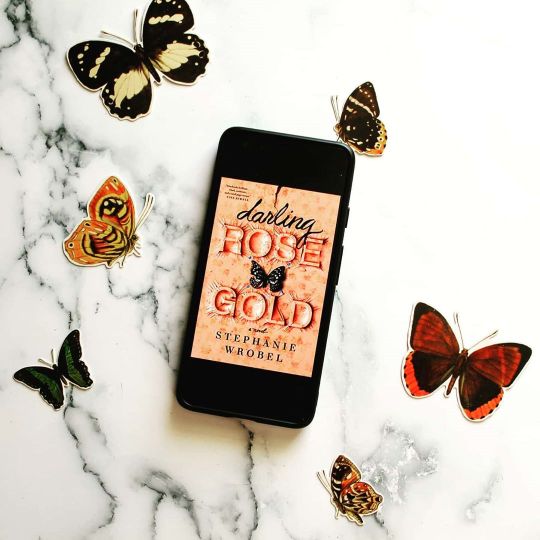 For the first eighteen years of her life, Rose Gold Watts believed she was seriously ill. She was allergic to everything, used a wheelchair and practically lived at the hospital. Neighbors did all they could, holding fundraisers and offering shoulders to cry on, but no matter how many doctors, tests, or surgeries, no one could figure out what was wrong with Rose Gold.

Turns out her mom, Patty Watts, was just a really good liar.

After serving five years in prison, Patty gets out with nowhere to go and begs her daughter to take her in. The entire community is shocked when Rose Gold says yes.

Patty insists all she wants is to reconcile their differences. She says she’s forgiven Rose Gold for turning her in and testifying against her. But Rose Gold knows her mother. Patty Watts always settles a score.

Unfortunately for Patty, Rose Gold is no longer her weak little darling…

And she’s waited such a long time for her mother to come home.

My thanks to Berkley and NetGalley for sending me an advance copy of this book in exchange for an honest review. All opinions are my own and are not influenced by the publisher.

Darling Rose Gold is filled to the brim with echoes of the Gypsy Rose Blanchard case, with lots of parallels in circumstances and even a main character whose name seems to have drawn inspiration from the case. If you’re as familiar with that case as I am, this book may feel almost cathartic. In real life, Gypsy Rose is currently sitting in jail for the murder of the mother who medically abused her for years; this novel opens with the abuser having just served a substantial prison term for her actions.

The novel alternates perspectives between Rose Gold and her mother, Patty, and being in Patty’s head can be genuinely unsettling and sometimes infuriating. She is filled with righteous indignation and truly doesn’t seem to feel she’s done anything wrong. The author seems to have done a lot of research on Munchausen syndrome by proxy (also known as factitious disorder, a form of abuse in which a caretaker, usually a parent, obtains unnecessary medical procedures for the person under their care by fabricating an illness).

Rose Gold, on the other hand, now has issues of her own, stemming from the years of abuse. Patty’s release from prison sets off a captivating game of cat and mouse. I will say that I have some reservations about this premise. I talk a lot about mental health in fiction on this blog, and I’m always wary of plots that involve abuse victims stepping into anything resembling a villain role. However, I thought this book did justice to Rose Gold as a character. She often acts in erratic and irrational ways, but even at her very worst, I always felt for her. Her years growing up with a warped example of what it means to love someone would inevitably lead her down some dark paths.

The plot is super fast paced and the book can easily be read in a couple of sittings. Despite the heavy inspiration drawn from a real case, the basic aspects of the plot diverged enough from it that I could not predict each next step based on my knowledge of that case. This dark story of revenge comes out in one week and I definitely recommend picking up a copy!