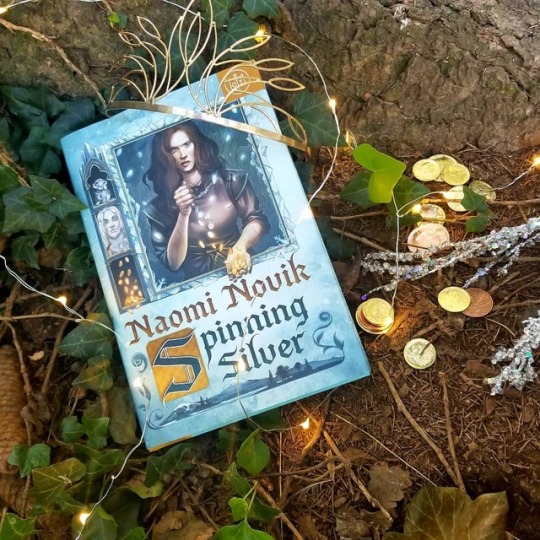 The Night Circus
by Erin Morgenstern

The circus arrives without warning. No announcements precede it. It is simply there, when yesterday it was not. Within the black-and-white striped canvas tents is an utterly unique experience full of breathtaking amazements. It is called Le Cirque des Rêves, and it is only open at night.

But behind the scenes, a fierce competition is underway – a duel between two young magicians, Celia and Marco, who have been trained since childhood expressly for this purpose by their mercurial instructors. Unbeknownst to them, this is a game in which only one can be left standing, and the circus is but the stage for a remarkable battle of imagination and will. Despite themselves, however, Celia and Marco tumble headfirst into love – a deep, magical love that makes the lights flicker and the room grow warm whenever they so much as brush hands.

True love or not, the game must play out, and the fates of everyone involved, from the cast of extraordinary circus per­formers to the patrons, hang in the balance, suspended as precariously as the daring acrobats overhead.

Written in rich, seductive prose, this spell-casting novel is a feast for the senses and the heart.

Secrets have power. And that power diminishes when they are shared, so they are best kept and kept well. Sharing secrets, real secrets, important ones, with even one other person, will change them. Writing them down is worse, because who can tell how many eyes might see them inscribed on paper, no matter how careful you might be with it. So it’s really best to keep your secrets when you have them, for their own good, as well as yours.

I’d rate The Night Circus 3.5 stars, which I’ve rounded up to four here. The reviews on GoodReads seem to be very divided, and while I enjoyed it, I can see why. The plot was a tad bit thin. The romance wasn’t terribly developed; it was a case of insta-love which was semi-acknowledged, while being hand-waved away within the narrative. Well, of course they fell in love, they’ve had this magical bond their whole lives even though they barely know one another. Just go with it, reader! It’s true love!

Despite the flaws, however, I thoroughly enjoyed this book. Morgenstern’s writing is absolutely gorgeous and remarkably atmospheric, pulling the reader in to the magical and musical world of the circus. The actual story breaks periodically, with passages told in second person point of view, always a risky move in a novel. Morgenstern places the readers into the circus and talks us through our exploration of various attractions. As the main characters are all intricately involved in the workings of the circus, I thought these passages worked really well to make the reader almost as emotionally invested in the fate of the circus as the characters would be.

There is a huge cast of characters in this novel, to the point where it can be almost disorientating at times. (For a point of reference, I generally read several novels at a time, so I’m quite used to holding a large cast of characters in my mind without any problems. I found myself occasionally having moments of “Wait, who was that guy again?” throughout The Night Circus.) That being said, many of these characters were incredibly well developed and emotionally engaging. Celia in particular was a very sympathetic and interesting character, with a somewhat tragic childhood and an enduring strength of character.

The Night Circus is part fantasy, part love story. More than anything, it’s an intensely atmospheric adventure for the reader, with the whimsical circus becoming a character in its own right.

Thank you for reading! Have you read The Night Circus? What were your thoughts? What’s your favorite atmospheric novel? Discuss in the comments!

Strange the Dreamer, by Laini Taylor

Lazlo Strange is a foundling with no family, a junior librarian, but most of all, a dreamer. He believes in magic and ghosts, and that every fairy tale has a grain of truth. His greatest obsession is the lost city of Weep, cut off from the rest of the word 200 years ago. Until now.

What mysterious problem has caused the people of Weep to search for outside help? And how will Lazlo, junior librarian with a dream, convince them to let him come along?

I adored this book. I think the only thing that keeps me from giving it a solid 5 stars is that certain plot elements felt a bit more predictable than I’d like, but the story was so much fun that it made it difficult to mind.

Strange the Dreamer deals with a lot of dark topics (death, child abuse, and rape to name a few), but Taylor’s writing style is so lovely and the world she has built so captivating that the overall experience of reading this book never feels overly gloomy. There is always just enough light and hope to drown out the darkness.

The characters are one of this story’s biggest strengths. Everything about Lazlo is endearing, and his obsession with Weep is contagious. Sarai’s helplessness and insecurity are heartwrenching, and I spent most of the story filled with a sense of protectiveness for her. The secondary characters feel fleshed-out enough to be interesting; Taylor has given enough thought to backgrounds for antagonists that they ring true. They feel like people doing what they feel they need to do, not one-dimensional villains who are evil for the sake of evil. That level of nuance lends so much authenticity to the story.

This book was beautiful. Any fan of fantasy who hasn’t read it yet is missing out on a treat.

The sequel, The Muse of Nightmares, is set to be released October 2018.

Thank you for reading! Please share your thoughts on this book in the comments.