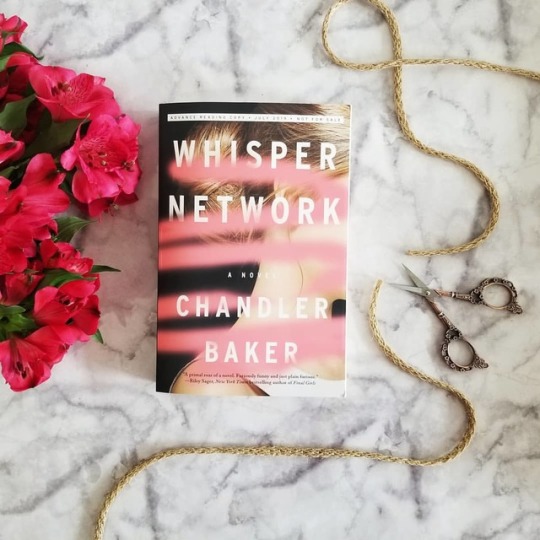 Four women learn their boss (a man who’s always been surrounded by rumors about how he treats women) is next in line to be CEO—what will happen when they decide enough is enough?

Sloane, Ardie, Grace, and Rosalita are four women who have worked at Truviv, Inc., for years. The sudden death of Truviv’s CEO means their boss, Ames, will likely take over the entire company. Ames is a complicated man, a man they’ve all known for a long time, a man who’s always been surrounded by…whispers. Whispers that have always been ignored by those in charge. But the world has changed, and the women are watching Ames’s latest promotion differently. This time, they’ve decided enough is enough.

Sloane and her colleagues set in motion a catastrophic shift within every floor and department of the Truviv offices. All four women’s lives—as women, colleagues, mothers, wives, friends, even adversaries—will change dramatically as a result.

“If only you had listened to us,” they tell us on page one, “none of this would have happened.”

My thanks to Flatiron Books for sending me an ARC of this book in exchange for an honest review. All opinions are my own and are not influenced by the publisher.

When I saw Whisper Network described as essentially a mystery novel for the #metoo era, I was super intrigued but also a little wary. I think with books that seem very timely, there’s always the risk that they’ll come across opportunistic and insincere. Not so with Whisper Network, which turned out to be a pleasant surprise of a novel.

An undercurrent of whispers in the corporate world comes to a head when the sudden death of Truviv’s CEO leaves one infamously badly behaved higher up in the company poised to take over. The story takes place mainly in one timeline as tension is mounting, with hints at the disaster to come shown in the form of police interviews after the fact. (Think Big Little Lies style snippets, giving you tiny bits of information at at a time.)

Of the four main characters mentioned in the synopsis, Sloane and Roselita seemed to be the best developed. I think the sheer number of POV characters is part of what kept this from hitting a full five stars for me. I understand why the author made the choices she did, as she was trying to weave together a lot of secrets and personal histories, so this may be down to my own personal taste, as I generally like spending more time in a novel with one or two characters in order to really understand them. I would have liked a bit more focus on Sloane and Roselita, but your mileage may vary.

As a woman in a professional setting, there was something kind of cathartic about this novel, particularly certain sections which were written somewhat aside from the main narrative, and read almost like a plea directly to the reader, such as the following passage:

Every woman with a job, particularly those of us with already relatively high-stress jobs, can feel this in her bones. The frustration of having so much to deal with at work… and then having someone else’s inappropriate behavior thrown on top of it like the cherry on top of the sundae is just too real.

Baker has written several books prior to Whisper Network, but appears to have focused on the young adult genre. I think she’s starting to find her groove with her latest novel and I hope she comes out with more adult fiction in the future!