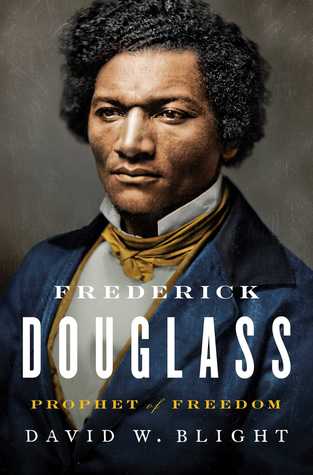 The definitive, dramatic biography of the most important African-American of the nineteenth century: Frederick Douglass, the escaped slave who became the greatest orator of his day and one of the leading abolitionists and writers of the era.

As a young man Frederick Douglass (1818-1895) escaped from slavery in Baltimore, Maryland. He was fortunate to have been taught to read by his slave owner mistress, and he would go on to become one of the major literary figures of his time. He wrote three versions of his autobiography over the course of his lifetime and published his own newspaper. His very existence gave the lie to slave owners: with dignity and great intelligence he bore witness to the brutality of slavery.

Initially mentored by William Lloyd Garrison, Douglass spoke widely, often to large crowds, using his own story to condemn slavery. He broke with Garrison to become a political abolitionist, a Republican, and eventually a Lincoln supporter. By the Civil War and during Reconstruction, Douglass became the most famed and widely travelled orator in the nation. He denounced the premature end of Reconstruction and the emerging Jim Crow era. In his unique and eloquent voice, written and spoken, Douglass was a fierce critic of the United States as well as a radical patriot. He sometimes argued politically with younger African-Americans, but he never forsook either the Republican party or the cause of black civil and political rights.

In this remarkable biography, David Blight has drawn on new information held in a private collection that few other historian have consulted, as well as recently discovered issues of Douglass’s newspapers. Blight tells the fascinating story of Douglass’s two marriages and his complex extended family. Douglass was not only an astonishing man of words, but a thinker steeped in Biblical story and theology. There has not been a major biography of Douglass in a quarter century. David Blight’s Frederick Douglass affords this important American the distinguished biography he deserves.

I received an ARC of this book in exchange for an honest review. All opinions are my own and are not impacted by the publisher.

While I had of course heard of Frederick Douglass before reading this book, my knowledge of him was spotty at best, consisting mostly of fuzzy, half-remembered elementary school lessons detailing how he cajoled white children into teaching him to read as a young slave. He then went on to become a prominent abolitionist as an adult after escaping slavery. This was the beginning and the end of my knowledge of Douglass. 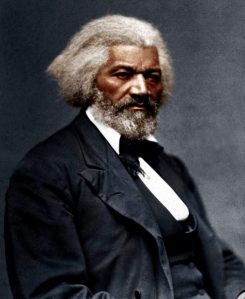 Blight’s biography brings Douglass into sharp focus, not just as a historical figure, but as a man. The regal looking figure we can see in photos today was once a small boy, treated as property by the Auld family. He was heartbroken when he was emotionally rejected by his mistress, Sophia Auld, who had begun his education before her husband convinced her it was dangerous to educate a slave. He had a granddaughter who liked to braid his hair. His love of music was bordering on the spiritual.

He also, like all of us, had flaws. He may have been unfaithful to his wife. His emphasis on self-reliance was so extreme that it at times felt like a blind spot. He was a self-made man who pulled himself up out of slavery to become a highly influential figure and seemed at times almost disdainful of anyone who couldn’t or wouldn’t do the same. But that single-minded determination was perhaps his defining trait; he fought for equality quite literally up to his dying day. Douglass had a speaking arrangement scheduled for the evening of his death, before a heart attack took him unexpectedly.

“Slavery is not abolished until the black man has the ballot.”

Blight’s recounting of the life of Frederick Douglass is intensely researched and thorough. It was not quite as readable as other biographies I’ve read, such as Ron Chernow’s Alexander Hamilton biography, but there’s something to be said for valuing substance over style. Reading this was an infinitely valuable education experience, and I recommend it to anyone with an interest in American history and the beginnings of the civil rights movement.

Thank you for reading! Have you read any good biographies lately? What’s your favorite historical period to read about? Please share in the comments!