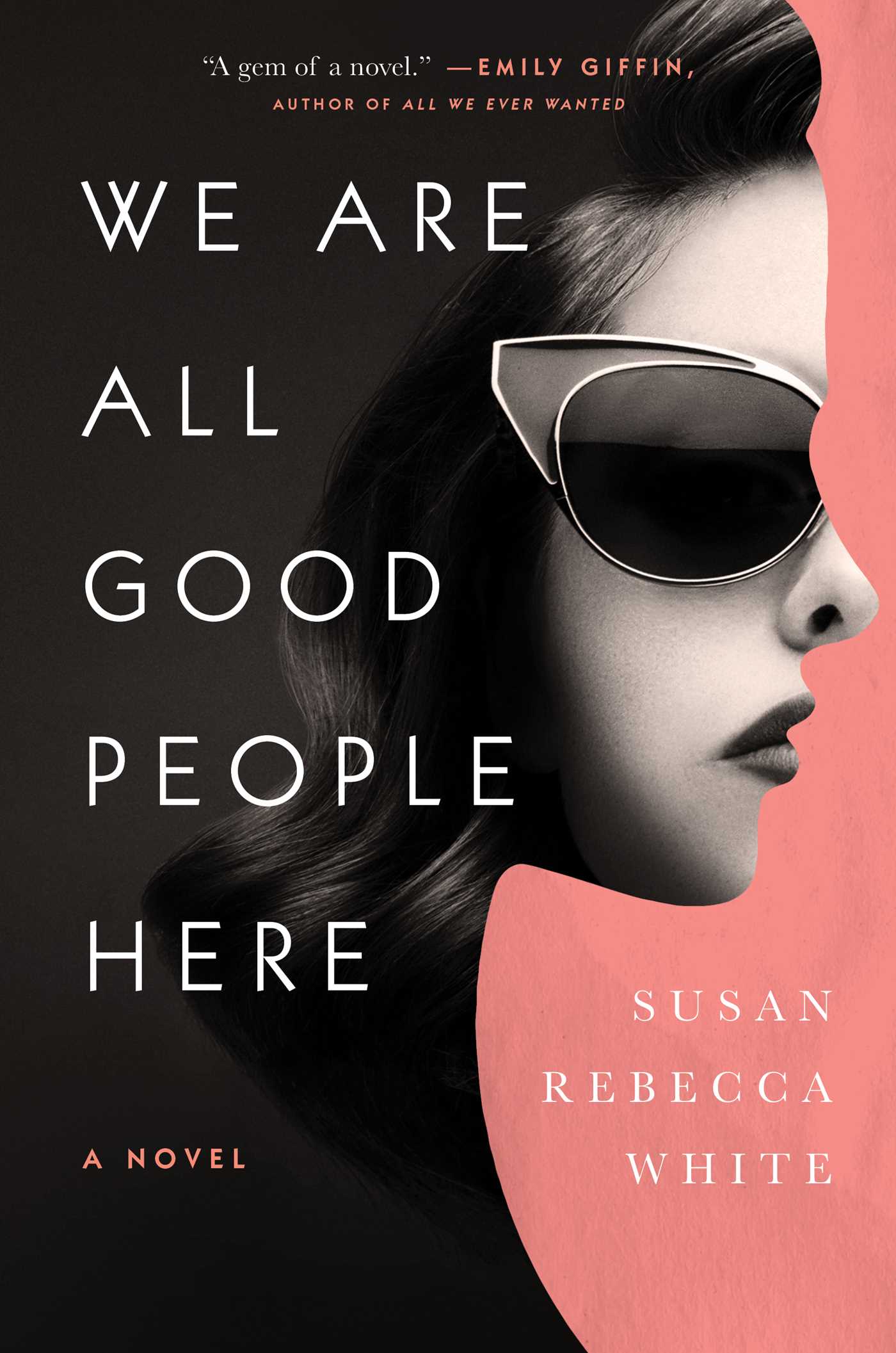 We Are All Good People Here
by Susan Rebecca White

Eve Whalen, privileged child of an old-money Atlanta family, meets Daniella Gold in the fall of 1962, on their first day at Belmont College. Paired as roommates, the two become fast friends. Daniella, raised in Georgetown by a Jewish father and a Methodist mother, has always felt caught between two worlds. But at Belmont, her bond with Eve allows her to finally experience a sense of belonging. That is, until the girls’ expanding awareness of the South’s systematic injustice forces them to question everything they thought they knew about the world and their places in it.

Eve veers toward radicalism—a choice pragmatic Daniella cannot fathom. After a tragedy, Eve returns to Daniella for help in beginning anew, hoping to shed her past. But the past isn’t so easily buried, as Daniella and Eve discover when their daughters are endangered by secrets meant to stay hidden.

Spanning more than thirty years of American history, from the twilight of Kennedy’s Camelot to the beginning of Bill Clinton’s presidency, We Are All Good People Here is “a captivating…meaningful, resonant story” (Emily Giffin, author of All We Ever Wanted) about two flawed but well-meaning women clinging to a lifelong friendship that is tested by the rushing waters of history and their own good intentions.

My thanks to NetGalley and Atria Books for sending me an advance copy of this book in exchange for an honest review. All opinions are my own and are not influenced by the publisher.

We Are All Good People Here is trying to do a lot of things, but at the forefront is an exploration of radicalization. At the beginning of the book when Daniella and Eve first meet, Daniella seems the more likely of the two to fall into a radical protest movement. She is a young Jewish woman who experiences discrimination during a formative part of her life, and she’s passionate about fighting injustice against others. However, Eve, privileged, wealthy, and sheltered, has a difficult time navigating her early years away and college and all the drastic changes that come with it. She ends up being a more appealing and susceptible target for radical groups.

Eve was endlessly frustrating to me, not just as a person, but in the way she is written. She took a long time to make sense to me as a character, as her viewpoints swing from one extreme to the next and then back again. By the end of the book, I came to understand her as a person who defines herself by those who surround her and support her at any given time. She will become a mirror and reflect their own beliefs right back at them, and it becomes difficult to fathom what, if anything, is beneath that shiny surface.

While there was a lot of meat to this story and a lot of potential, my reading experience with it was just okay. The pacing sometimes felt a bit off and the story seemed to drag at time. But a big part of the problem is that I think the author was trying to do a little too much. Some books have loads of hot-button issues within them and they make it work. More often, it feels like the author is throwing everything at the wall to see what sticks; it does not feel organic.

While this book fell a little flat for me, I don’t regret reading it. I would recommend it to fans of books like The Help.