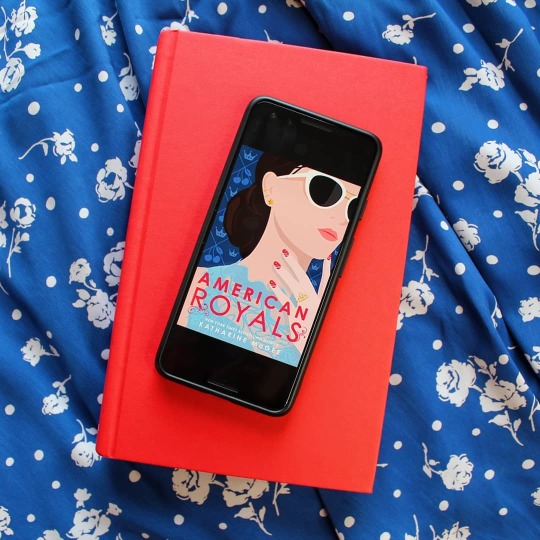 What if America had a royal family?

When America won the Revolutionary War, its people offered General George Washington a crown. Two and a half centuries later, the House of Washington still sits on the throne.

As Princess Beatrice gets closer to becoming America’s first queen regnant, the duty she has embraced her entire life suddenly feels stifling. Nobody cares about the spare except when she’s breaking the rules, so Princess Samantha doesn’t care much about anything, either . . . except the one boy who is distinctly off-limits to her. And then there’s Samantha’s twin, Prince Jefferson. If he’d been born a generation earlier, he would have stood first in line for the throne, but the new laws of succession make him third. Most of America adores their devastatingly handsome prince . . . but two very different girls are vying to capture his heart.

Oof. Soooo, that was certainly… a book.

This book is 448 pages and it felt loooooong. Part of the problem is that it’s trying to explore three (three!!!) separate forbidden romance plots which are all fairly redundant when taken together. I get what the author was going for in creating these parallels, but honestly, no single story line brings enough to the table to justify including all three.

First you have Princess Beatrice, first in line to the throne, who is in love with her guard, a commoner. Her younger sister, Sam, is in love with Teddy, the “suitable” potential king consort who has been hand-picked to marry Beatrice. Finally, Sams’ best friend, Nina, another commoner, is in love with Prince Jefferson. I think McGee thought it would be fun to have these parallels and explore how these characters with varying personalities handled the situation, but that doesn’t change the fact that all of these plot lines can be boiled down to “I love this person and my social station is keeping me from being with them.” The story feels extremely bogged down with all the separate romances and point of view characters.

The major characters themselves, while certainly fairly distinct from one another, are very shallowly developed. Beatrice is the dutiful daughter who is being pushed to her breaking point and flirting with rebellion for the first time. Sam has middle child syndrome to the extreme, feels invisible, and is obliviously selfish. Jeff is… well, honestly, after finishing the book I’m not sure I could tell you a single personality trait of dear Prince Jefferson. Finally, Nina, who has grown up understandably insecure as a commoner while the best friend of royalty, is basically Sam’s doormat through most of the book. At no point did I feel moved to care about any of these characters, except poor Nina, who probably should have punched Sam in the face at some point early in their friendship. (#ninadeservedbetter)

But back to the issue of this book clearly not having a good sense of what it wants to be, there is a weird mixture of teenage drama and a thought experiment on how an American monarchy would have changed the world as it exists today. Both of these elements feel like they’re getting in each other’s way rather than meshing well together. There are some great YA books which blend the personal and political together really well. (Red, White, & Royal Blue comes to mind.) This is not one of them. The bits of political philosophizing serve only to up the page count and break up the romance plot lines without ever saying anything new or interesting.

Have you ever read a book that takes place in the real world but with an alternate history? Did you like it? Tell me about it in the comment section! 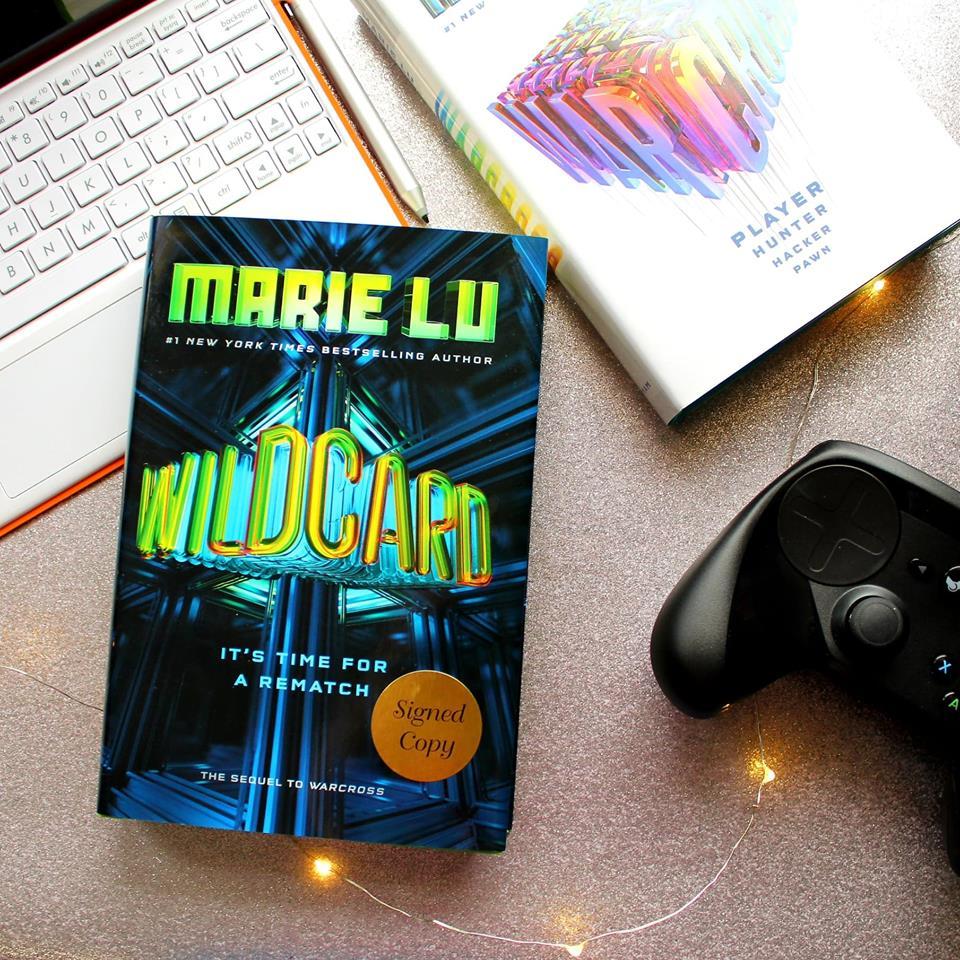 Emika Chen barely made it out of the Warcross Championships alive. Now that she knows the truth behind Hideo’s new NeuroLink algorithm, she can no longer trust the one person she’s always looked up to, who she once thought was on her side.

Determined to put a stop to Hideo’s grim plans, Emika and the Phoenix Riders band together, only to find a new threat lurking on the neon-lit streets of Tokyo. Someone’s put a bounty on Emika’s head, and her sole chance for survival lies with Zero and the Blackcoats, his ruthless crew. But Emika soon learns that Zero isn’t all that he seems–and his protection comes at a price.

Caught in a web of betrayal, with the future of free will at risk, just how far will Emika go to take down the man she loves?

*Minor spoilers included in this review.*

Oh, Wildcard,  I wanted to like you. I gave Warcross a three star review, so it was solid but not super impressive in my eyes, but I was intrigued enough by the end to want to continue the series. I should not have bothered.

Let me start with the positive; this book is trying to do a lot of interesting stuff thematically. Through Hideo’s character, Lu explores how practically limitless power, unresolved past trauma, and technology can intersect with disastrous consequences. The abuse of power through advanced tech is not a remotely new theme in sci-fi, but Wu’s futuristic society in this series does provide an interesting platform to explore it.

Also, Emika mentions her “rainbow hair” probably at least 50% less in this book than she did in the first one, so that was a plus. (Seriously, that phrase was used so often in Warcross that I think it may forever make my eye twitch when I hear it.)

That being said, I had a lot of problems with this book. Complex villains are good, but I wasn’t super thrilled about how Hideo’s character arc was handled, particularly in relation to Emika. She is horrified by what he’s done but can’t seem to shake her feelings for him. I’m not into the dynamic there; if you’re into shipping Kylo Ren and Rey, you’ll probably like it a lot more than I did. Emika spends a lot of time sympathizing with Hideo and thinking about how the loss of his brother has driven him down the path to becoming essentially a super villain. People die due to Hideo’s manipulation of the tech he’s tricked them into using. We all lose people, buddy. Most of us don’t resort to attempting mind control over the entire population of the earth over it. 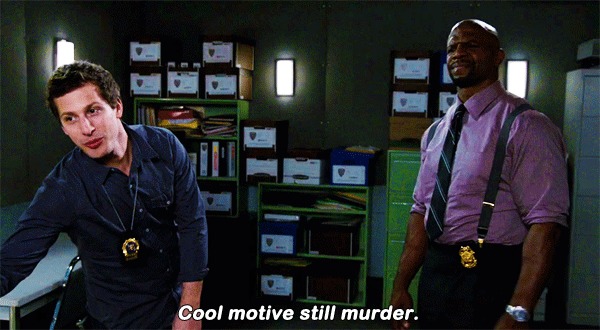 Overall, it just feels like Wu wants us to view Hideo as a redeemable character, and I don’t see him that way at all. Your mileage may vary.

But on a broader note, I just had a hard time connecting with any of the characters in this at all. They all felt a bit flat and I had trouble keeping Emika’s teammates straight for a good bit of the book. Even Emika never really jumped off the page for me, and she’s the protagonist. She seems like she sometimes veers into that “bland MC who can’t be too much of a character because the author wants you to be able to picture yourself in their role” kind of territory.

Wildcard also features one major plot twist, and maybe it’s a product of being outside of the target audience for YA novels, but it did not take me remotely by surprise. It was an interesting development, but it seems like Lu was laying on the foreshadowing a bit too thick for it to have the punch that she wanted it to.

Finally, it feels very disconnected from the book that came before it in a way I can’t quite articulate. A lot of other reviewers have stated that they almost felt like it took place in a separate universe from the first installment, and I can definitely understand that assessment. Warcross as a game also plays a much smaller role in this book, and I think that also contributes to a totally different vibe.

Basically, there was a lot of potential in this book, but it felt a bit squandered. I don’t know if Lu is planning another installment of this series, but regardless, I’m saying goodbye forever to Emika and her rainbow colored hair.

Thank you for reading! What’s your favorite story that explores the relationships between power, technology, and morality? Let’s discuss in the comments!